The Elizabeth Seton Residence is a ministry of the Sisters of Charity (Halifax). It is a not-for-profit, 84 bed, skilled nursing and rehabilitation facility. Today, the administrator and staff at the Elizabeth Seton Residence are proud to continue the legacy of excellence in nursing care that the Sisters of Charity began in 1980.

History of the Sisters of Charity (Halifax), in Wellesley and Beyond

The Sisters of Charity (Halifax) trace their roots to Saints Elizabeth Ann Seton, Vincent de Paul and Louise de Marillac. A widow and mother of five children, Elizabeth went on to form the first active community of women religious in the United States, in 1809. Adopting the Rule of Saint Vincent de Paul, the small band of Sisters first opened a free school in Emmitsburg, Maryland. From that small beginning more than 200 years ago, the Charity spirit has thrived and spread worldwide.

Four Sisters arrived in Halifax, Nova Scotia in 1849 to open a school. By the end of their first year in the city, they had doubled the number of students and their convent was also serving as an orphanage. The growing work and increasing numbers of Sisters led to the establishment of an independent congregation, the Sisters of Charity (Halifax), in 1856.

Sisters willingly responded wherever there was a need. By 1887, a request came to staff an all-girls’ school in Roxbury, Massachusetts. Sisters opened Saint Patrick School and over the next five years, thousands of children were placed under their care. By 1895, the cornerstone was laid for the Academy of the Assumption in Wellesley Hills, then Saint Joseph’s Academy for boys, later Elizabeth Seton High School.

That campus is now the site of Mass Bay Community College. Sisters also taught at St. Paul’s School in Wellesley, and St. Joseph’s School in Needham for many years. Across the street, Mount Saint Vincent was built – originally as a formation center for young girls wishing to become Sisters of Charity, then renovated and repurposed for retired Sisters. In the 1970’s, the Elizabeth Seton Residence was built to provide for Sisters who needed nursing care. In 1980, the Congregation was granted a license to operate a skilled nursing and rehabilitation facility, and the Elizabeth Seton Residence was opened to the public. Renovations have continued periodically, to ensure a welcoming home for all. Today the Sisters of Charity (Halifax) are proud to welcome Sisters, lay women and men of all religious traditions, cultural, ethnic and racial backgrounds to Elizabeth Seton Residence. Retired Sisters from multiple congregations reside in the adjacent Marillac Residence, and are frequent visitors.

Sisters of Charity (Halifax) serve in schools, hospitals, parishes and social service agencies in Massachusetts and New York, across Canada and elsewhere. See some of their stories at www.schalifax.ca 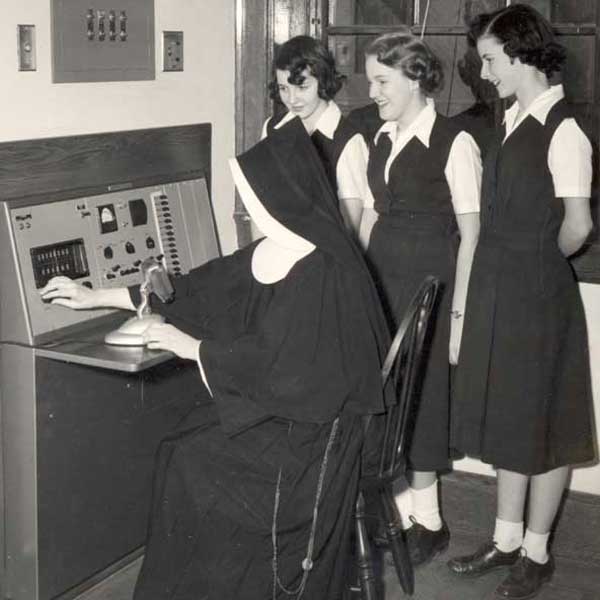 We encourage you to take a virtual tour of our facilities.

Events
How to Volunteer
How to Donate
Take a Virtual Tour
Request More Info
Careers and Job Postings
Application: Long-Term Care
Newsletters
In the News